Montreal is a very attractive city for travelers and expatriates. But how is it really to live in Montreal? What to expect during a trip to Montreal? There are so many Montreal stereotypes, that we decided to help you unravel the true from the false. Here are 5 Montreal stereotypes you shouldn’t believe.

Oh Canada, what a beautiful and snowy country! People are always happy to come and visit Montreal, Toronto or Vancouver. But do they really know what they’re about to experience? You shouldn’t believe all the Montreal stereotypes you read…

One of the biggest (and weirdest) stereotypes about Montreal is the size of the underground city. Some people really believe that during winter, all Montrealers live underground and don’t need to go outside to commute from their home to their work. Do you think that Montrealers are mole people?

Sure, we have underground malls that are connected by the subway. It’s very convenient when you work downtown (for your daily commute or to go have lunch) and when you want to go shopping during winter. But let’s be honest, the underground malls don’t cover all the Montreal area. Montrealers don’t spend their winter underground! During the coldest winter months, they try not to stay too long outside (you’ll see plenty of full buses). But with the right clothes and coats, you can handle a 10-minute walk, can’t you?

People often think that Montreal has a 6-month winter, with temperatures staying around -22° Fahrenheit or event -40° Fahrenheit. Let’s be honest: the winter months seem very long. And Montreal has snow falls from November to April… But it doesn’t mean that we have minus temperatures for six months in a row! In reality, January and February are the coldest months, and after that, a sunny day with 14° Fahrenheit will look like a treat!

In fact, tourists often forget that after the cold winter, summers in Montreal can get very hot. It’s not rare to experience some heatwave in Montreal. That’s why you’ll see plenty of ice cream shops opening during spring time. Here are some true Montreal stereotypes: summers in Montreal are full of activities and festivals, and we’re always enjoying delicious ice cream and iced coffees.

Montrealers Are Kind and Polite

Do you know the cliche about Canadians over apologizing? Well, Quebecers are also known to be very kind and polite! Besides, you will see people waiting quietly in line to take the bus or enter the subway. But don’t forget that Montreal is a multicultural city, with people coming from all over the world. In general, people in Montreal are laid back and kind, but like in every other city, you might cross paths with annoying or aggressive people. Don’t be too gullible, but stay open to the Montreal kindness.

In Montreal, You Will Only Eat Poutine

What’s the most famous food in Canada? Surely it’s poutine (and then, maple syrup). It’s a simple but delicious dish, traditionally made with fries, cheese curds and brown gravy. Originally, it came from Quebec in the late 1950s, but it gained popularity in the rest of Canada. Today, you can find plenty of variants of the poutine dish. Some poutines include smoked meat, chicken, different types of cheese, or even avocado! We’re not mad about these Quebec stereotypes, to be honest.

So obviously, if you come to Montreal, you should have some poutine. But you’ll have plenty of other dishes to try! Traditional Quebec dishes include shepherd’s pie, meat pies, smoked meat bagels, pudding chômeur, sugar pie made with maple syrup. Moreover, Montreal is a multicultural city! It would be a shame not to try all the various restaurants it offers. You can have Indian, Chinese, Korean, Mexican, French and Japanese food in the same city… Enjoy!

The City Is Always under Construction

Well… We have to be honest, this Montreal stereotype is true. Because of the cold weather, most of the construction works have to happen during spring, summer and autumn. Obviously, it means that during a few months, the city is covered in orange construction cones. The cold is also responsible for the roads freezing and breaking down. The roads in Montreal have to be renovated often, which can explain the high amount of construction work!

But many construction works are also a sign that the city of Montreal is always improving with new bike paths, parks and better roads to avoid traffic. 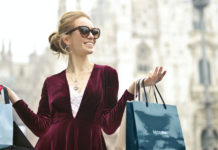 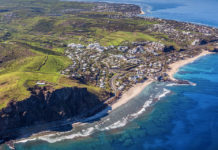 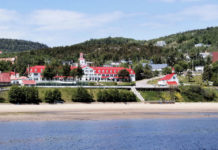 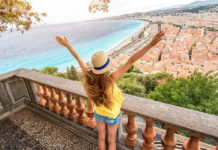 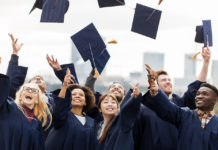 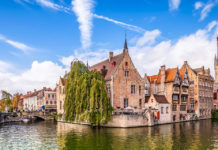 Weekend in Bruges : 14 Places to Visit, Eat and Drink