You thought learning French was difficult? Well, did you try translating ancient hieroglyphs? With machine learning and the help of Google, it might be easier than you think… Or at least, this new Google tool can make it easier and funnier. Discover Fabricius, the Google tool made to educate people about hieroglyphs and let them be Egyptologists for a day.

If you tried learning new languages, you might know this : it’s more difficult to learn a foreign language when the alphabet and letters are different from your mother tongue. That’s why, as an English person, it might be trickier to learn Arabic or Japanese.

Fabricius, the Google Tool to Feel Like an Egyptologist

Well, what about hieroglyphs? That’s very different from the Latin alphabet. If you’re curious about Ancient Egypt (or if you wanted to become an Egyptologist as a kid), this new Google tool might interest you. Fabricius is a simple Google tool designed to give a quick course on hieroglyphs and how to write and translate them.

The first part, “Learn”, educates users about this ancient language thanks to a brief, six-step introduction. The second part, “Play”, offers you to translate(approximately) your own words and messages into hieroglyphics. And finally, “Work” is kind of a workbench for Egyptologists, supposed to help researchers with translation.

If you were looking for a complete app like Babbel, you might be disappointed. But still, Fabricius is a really nice tool if you’re interested in hieroglyphs and wants to learn more about this ancient language. 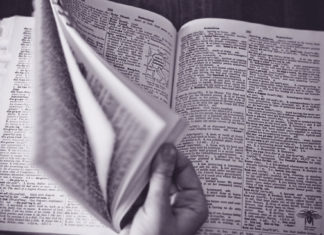